G overnment College, Ropar, one of the premier institution of modern Punjab is legacy of pre-partition days. Late S. Baldev Singh, the first defence minister of free India deserves special mention. He was the man whose vision and personality ultimately led to the establishment of this college on 6″‘ June 1945. The college is surrounded by scenic beauty of Shiwalik Hills, Satluj River and a mound representing ancient Indian culture and civilization.

Ropar is one of the economically backward district of Punjab. The town Ropar is situated at the foot hill of Shiwalik Hills and is a place of great archaeological importance and ancient civilization that existed about 5000 years ago. The excavation from the Mound near Govt. College, Ropar and articles found their in prove this fact. It is also believed that Rigveda was written on the banks of river Satluj (Gazetteer of India, Punjab, Ropar 1987). Ropar was made district Headquarter with the reorganisation of Punjab on Nov. T. 1966. The excavation conducted here indicate the first civilised folk settled here were “Harappans”. During medieval period of history invaders from North-West followed this route. On return journey Amir Timur marched through this tract of land. Great Sikh Warrior Banda Bahadur on way crossed Satluj near Ropar. This land is also blessed by the great Sikh Gurus. The major parts of surrounding areas was visited by tenth Sikh Guru, Guru Gobind Singh who fought many battles near Ropar.

Ropar contributed to 1857 mutiny also. The treasurer of Ghaddar Party (1913) Pt. Kanshi Ram belong to this region. Freedom Fighter Lala Lajpat Rai spend his childhood at Ropar, where his father Sh. Radha Krishan was working as a primary teacher.

At present Ropar is a developing town in the vicinity of Chandigarh, Bhakra Dam, Thermal Plant, National Fertilizers, Chemical and Industrial belts of Mohali and Distt. Nawanshahar.

Later, two more buildings, one for the geography Deptt. and other for the Physical Department were constructed. The college also has spacious library block, an auditorium, an open air theater vast play ground and a boys’ hostel , apart from principal’s and Hostel Supdt.’s residence, lecture theaters, laboratories, class rooms and well maintained lawns.

There is no other college in the economically backward area of Ropar, so it serves the needs of a large number of pupils from nearby villages and small towns.

The college is affiliated to Punjabi University, Patiala and offered graduate as well as Post-graduate level courses. 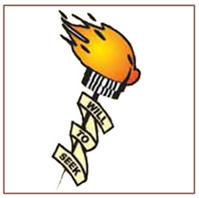